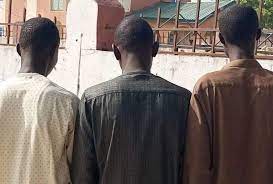 Ukrainian President Volodymyr Zelensky has backed calls by the UN for a demilitarised safety protection zone at the Zaporizhzhia nuclear power plant.

He said Russia had “put the world on the radiation disaster edge” and it was “up to the world” to put in place “appropriate measures” to ensure Russia “will be forced to stop terror”.

The facility, the biggest nuclear power station in Europe, has been occupied by Vladimir Putin’s  forces since the start of the war and it has come under fire during the conflict risking a nuclear disaster.

Last night UN Secretary General Antonio Guterres demanded Russian and Ukrainian forces commit to halting all military activity around the plant in southeastern Ukraine and agree on a “demilitarized perimeter.”

The UN says that the shelling of Europe’s largest nuclear power station must end immediately.