Home Sports The Most Expensive Footballers in 2019

The Most Expensive Footballers in 2019

While it may not seem to be a business, football certainly is – the clubs work like companies, signing sponsorship and endorsement deals, and trading players to improve their performance (so they can make even more money, among others). If you take away the emotional aspect of football, what you’ll be left with is cold, hard cash. In football, players are assets that, aside from enchanting the fans with their play, improve the performance of a team that has a strong positive effect on their bottom line.

The most expensive Nigerian player ever is Alex Iwobi, currently a forward for English Premier League club Everton. Born in Lagos, he must have felt like hitting a jackpot at Betway casino when he had the chance to train with the youth team of Arsenal, one of the most successful English clubs today. He joined Everton this year in a transfer worth £28 million (NGN 13.5 billion) that could rise to £34 million (NGN 16.4 billion) with possible add-ons. Still, Iwobi doesn’t even come close to the transfer fees paid for some of the highest-profile players transferred this year.

Eden Hazard started playing football in a professional setting at the age of 4, with his hometown club Royal Stade Brainois. When he came of age, he continued with French team Lille – after an initial three-year contract, he signed with them for two more years before being lured over the English Channel to continue playing in the English Premier League. There, he truly made his presence felt, becoming one of the best football players in the world. When the time came for him to switch teams, it came with a massive price tag: €100 million (NGN 40 billion) that could rise to €146 million (almost NGN 59 billion) with add-ons.

Antoine Griezmann is another player who started playing football at an early age: he joined the local team Mâcon at the age of six. He went senior in Spain, though – he finished his last four years of training as a youth at Real Sociedad, and he went pro with the team once he came of age. After five years and 180 league games with the team, he joined another Spanish club, Atlético Madrid – one of the most successful in Europe. Atlético paid €30 million for him in 2014 – in the next five years, though, his price went up significantly.

This year, when Griezmann switched sides, joining the Catalan side Barcelona, the club had to reach deep into its pockets: €120 million (NGN 48 billion).

The most expensive player this year is not a seasoned veteran that has shown his worth in the field – it’s a youngster that barely played three dozen league games. It’s João Félix, the Portuguese wunderkind who left Benfica for the Spanish team Atlético Madrid in a transfer worth €126 million (NGN 50.8 billion) this summer.

Apparently, the youngster – he only turned 20 in November – has sparked the interest of several major European football clubs, including some from the English Premier League. It was Atlético that finally grabbed him – it remains to be seen if he truly proves his worth, potentially growing into the player who will dethrone Neymar as the most expensive in history. 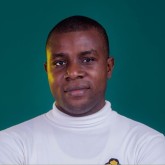