The live studio, recording studio, control room, accounts office, and many other sections of the station were razed by the inferno.

Commissioner for Information in the state, Daniel Iworiso-Markson, said nobody was injured neither was any life lost in the inferno.

According to him, the state government will probe the cause of the outbreak to avoid a reoccurrence.

He explained that his ministry will work out modalities to ensure the resumption of full broadcasting to the delight of its audience.

A broadcaster at Glory FM, Victor Binawari said “I was doing my breakfast show ‘Rise and Shine’ when the lights went off.

“I felt it was a minor technical issue we could fix. So we had to put on our torchlights and went on with the program because the monitor indicated that we were still on air.

“It did not take long before I heard rumbling in the ceiling as if rats were up there chasing themselves. While I was wondering what was happening, one of our interns ran into the studio to alert us that the station was on fire.

“It was at that point I asked my guests to be calm and follow me out of the building. Only for us to get outside the studio to see that the building was seriously on fire”, he added. 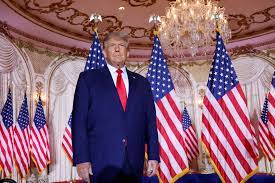