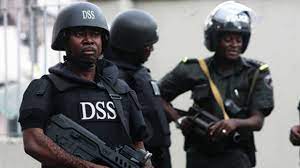 The Department of State Services (DSS) has confirmed the detention of Tukur Mamu, the reported Kaduna Train hostage negotiator in its custodial facility.

The Media has been awash with reports that Mamu was arrested on Tuesday and detained by the Interpol at the Cairo International Airport, while awaiting a connecting flight to Saudi Arabia.

The DSS has now corroborated the arrest of the spokesperson for the Kaduna-based cleric, Ahmad Gumi,  which took place on 6th September, 2022 and his subsequent arrival in Nigeria where he has been taken into the custody of the nation’s secret police.

A Statement released by the Public Relations Officer of the Service, Peter Afunanya read in part: “He has since been returned to the country, today, 7th September, 2022 and taken into the Service’s custody.

“The act followed a request by Nigeria’s Military, Law Enforcement and Intelligence Community to their foreign partners to bring back Mamu to the country to answer critical questions on ongoing investigations relating to some security matters in parts of the country,” the Statement clarifies.

The DSS reassured Nigerians of its unwavering resolve to execute its duties within the ambit of the law.

“The public may wish to note that the law will appropriately take its course.”