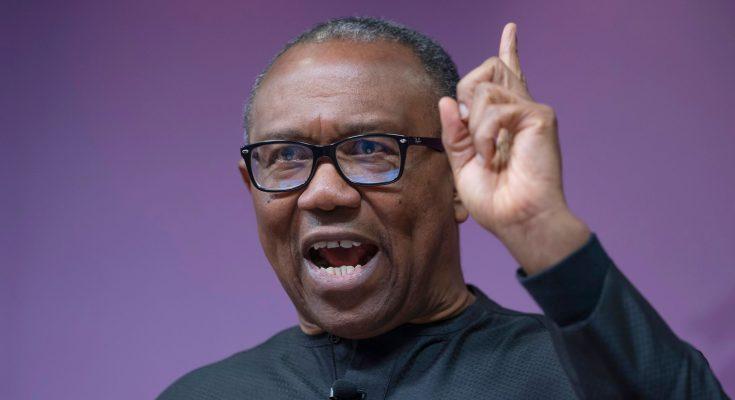 Peter Obi, presidential candidate of the Labour Party (LP), has called on candidates and supporters of the party to desist from making derogatory comments about members of the opposition, urging them to focus on issue based campaign

The development comes after Herman Hembe, governorship candidate of LP in Benue, had asked the people to kick out deceit in the state come 2023 during the party’s presidential campaign rally on Wednesday.

There’s however been speculations that he was referring to Samuel Ortom of the Peoples Democratic Party (PDP) is currently the governor of Benue, and he is completing his second term in office.

The presidential candidate who noted that everyone has their shortcomings urged members of the party to continue to run an issue-based campaign.

“I called on the Labour Party faithfuls, especially candidates at all levels, including my supporters, to desist from name calling or derogating anyone, groups of persons or religions,” the tweet reads.

“Nigeria has very huge problems and is currently at risk of implosion from economic hardship and insecurity.

“The focus, therefore, should be on how to deal with deleterious consequences of a tanking economy, pervasive insecurity and the many challenges that the nation is contending with, rather than degenerating into name calling.

“Specifically, during our recent campaign in Benue, a candidate referred to the Governor of Benue State, Samuel Ortom, as a “deceit.” That is totally unacceptable to us.

“The Governor of Benue State, Samuel Ortom, remains a very patriotic Nigerian who has always spoken for the best interest of his people and Nigeria in general. We all have our shortcomings, I have mine, and so do others.

“But, we should not refer to people in such derogatory manner. We must continue to focus on running an issue-based campaign, and unite with everyone to build a new and better Nigeria.”

Previous PostUK PM In Fresh Controversy Over Cabinet Picks Next PostNavy seizes boat with 273 drums of petrol in Calabar, sets it ablaze