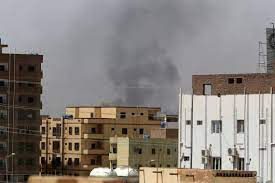 At least 150 people including children have been killed in two days of fighting in the latest ethnic clashes over land disputes in Sudan’s southern Blue Nile state, a medic said Thursday.

The fighting is some of the worst in recent months, and crowds took to the streets of the Blue Nile state capital Damazin in protest, chanting slogans condemning a conflict that has left hundreds dead this year.

Clashes in Blue Nile broke out last week after reported arguments over land between members of the Hausa people and rival groups, with residents reporting hundreds fleeing intense gunfire and homes set ablaze.

The fighting has centred around the Wad al-Mahi area near Roseires, some 500 kilometres (310 miles) south of the capital Khartoum.

“A total 150 people including women, children and elderly were killed between Wednesday and Thursday,” said Abbas Moussa, head of Wad al-Mahi hospital. “Around 86 people were also wounded in the violence.”

On Thursday, hundreds marched through Damazin, some calling for the state governor to be sacked, witnesses said.

“No, no to violence,” the demonstrators chanted.

Eddie Rowe, the United Nations aid chief for Sudan, said he was “deeply concerned” at ongoing fighting, reporting that “an unconfirmed 170 people have been killed and 327 have been injured” since the latest unrest began on October 13.